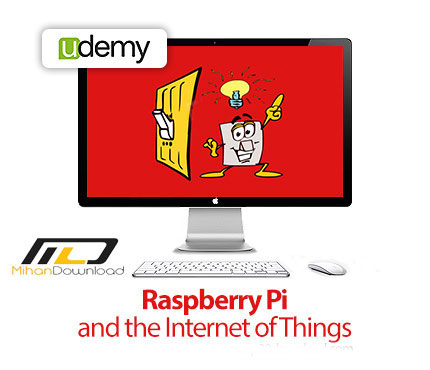 An Internet-Of-Things course for everyone – accessible yet serious, to take you from absolute beginner to a solid intermediate level – built around Home Automation using Raspberry Pi.

Taught by a team of electrical engineers from Stanford and IIT Madras.
This is a course is for everyone. You need not be an electrical engineer, or an engineer at all. We explain all engineering or automation concepts from absolute scratch.

This is an Internet-of-Things course, not merely a Raspberry Pi course. This is important because we think too many courses end up becoming like manuals for the Raspberry Pi, or the Arduino, or some specific hardware device. This course is careful to generalize

The course takes you to a solid intermediate level. The objective is to get you to a point where if you imagine a really cool IoT application, you will be able to independently figure out how to implement it.

We focus on Home Automation using Raspberry Pi for our use-cases. This is so that you can immediately put it to use around the home (turn that music down without getting off the couch!)

As with all our courses, this one too is quirky. The examples are irreverent. Lots of little touches: repetition, zooming out so we remember the big picture, active learning with plenty of quizzes. There’s also a peppy soundtrack, and art – all shown by studies to improve cognition and recall.

Curriculum:
Section 1: What this course is about
Section 2: What is the Internet of Things?
Section 3: Pi's Anatomy
Section 4: Getting Started
Section 5: Coding with Python – It's easy as Pi
Section 6: Physical Computing with the Raspberry Pi
Section 7: Let's have some fun! Home Automation projects
Section 8: For Arduino lovers: WiringPi